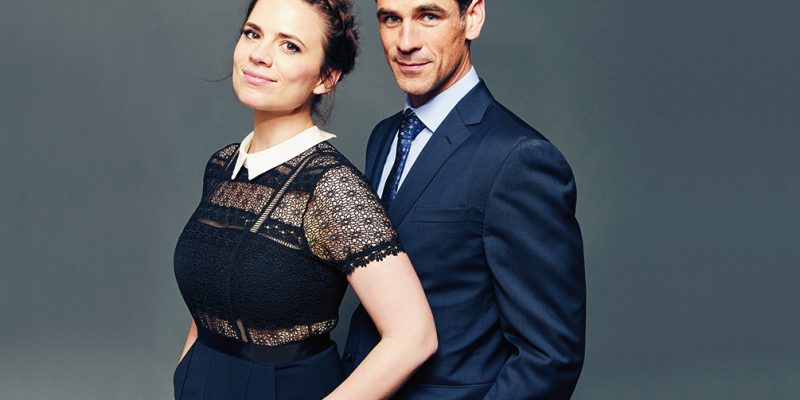 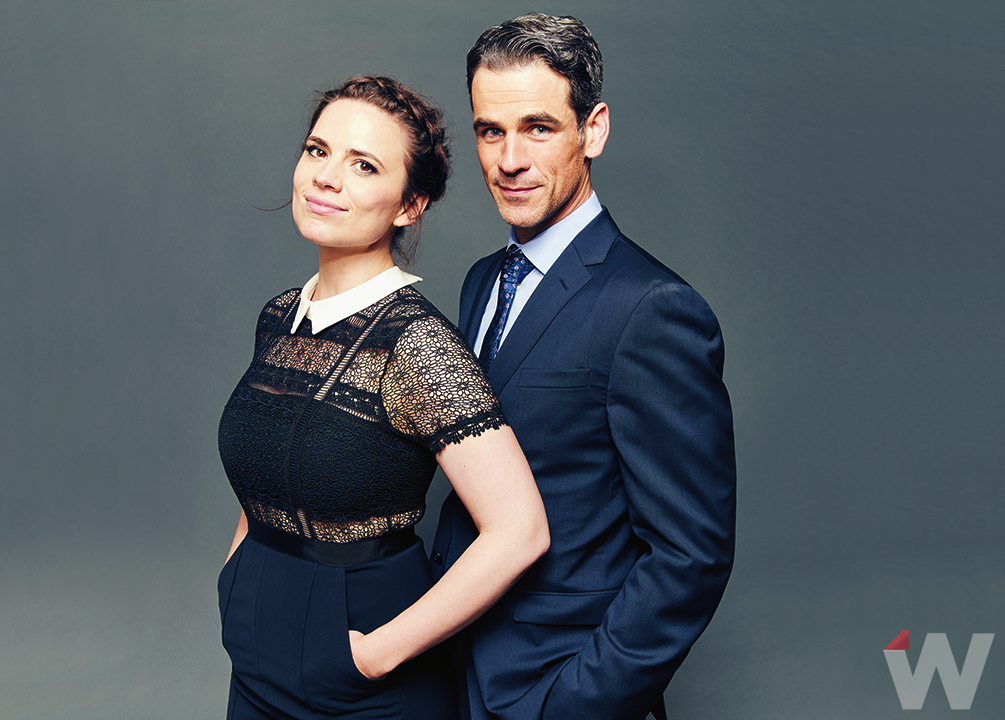 What makes this show special?
HAYLEY ATWELL: This is a fast-paced legal procedural, but at the center of it is a woman who is pretty blurry around the edges. She’s very close to pushing the self-destruct button. And because of the sheer delight she takes in the banter and the wordplay between herself and Connor Wallace, played by Eddie here, it makes her a quite captivating character, and a lot of fun to play.

Eddie, why did you want to do the show?
EDDIE CAHILL: First and foremost, the show has a strong identity. In any circumstance it’s hard to make great television, or even good television — but when you start with something that is identifiable, with characters that are unique and charged, it’s attractive. For me, it was the relationship between Wallace and Hayes, and the combative, competitive mental gymnastics that go on between them. Two prizefighters respecting each other but dancing around and trying to get the upper hand. It’s exciting to come into that.

Have you found yourself peeking ahead in the scripts to see where the show is going?
ATWELL: We can’t peek ahead. We get the scripts just before we start working on the episode. Which I think is quite thrilling. You don’t have time to analyze it — you just have to make a choice as an actor and then do it.

CAHILL: Working in TV, you do a remarkable amount of work without a script, actually. Between [making] the pilot and the series, it’s fantasy work, really. It’s trying to work in your imagination without the words.